A ‘chicken dog’ under monitoring since March 2021 near Neapoli.

Today I’d like to introduce the latest ‘chicken dog’, this time found in the middle of the ‘lockdown’.
‘Chicken dog’ because these dogs are tethered or locked up in remote chicken coops in the rather unsafe hope of deterring chicken thieves, strays or other predators.

(7143)
£5.89 £5.00
HIGHLY EFFECTIVE AT KILLING FLEAS - The effects are immediate and will provide welcome relief from fleas within 24 hours CATS, SMALL DOGS and PUPPIES (1-11 kg) - Suitable for cats, small dogs and puppies over 12 weeks old and at least 1 kg in weight ... read more
(as of November 6, 2021 20:35 GMT +03:00 - More infoProduct prices and availability are accurate as of the date/time indicated and are subject to change. Any price and availability information displayed on [relevant Amazon Site(s), as applicable] at the time of purchase will apply to the purchase of this product.)

Of course, for the most part, these ‘chicken dogs’ are not legally registered with a chip and vaccination record, nor do they receive regular exercise or adequate companionship – except for the chickens. In practice, they remain there until their (usually quite rapid) demise and are then immediately replaced by a new fellow sufferer, although this has now been prohibited for some time.

Since it is considered ‘animal abuse’ according to the Greek Animal Welfare Law, if a dog is tied up permanently or outside the village or residential house in the ‘nowhere’ and also a regular registration (chip, vaccination certificate from the vet) almost certainly did not take place, the facts were reported to the police in Aghios Nikolaos:

Dear Commander,
I found a barking and for some time chained and most likely permanently ‘chicken dog’ a short
distance outside Neapoli in ‘no-where’ close to the old national road to Agios Nikolaos (see pics in
this report). 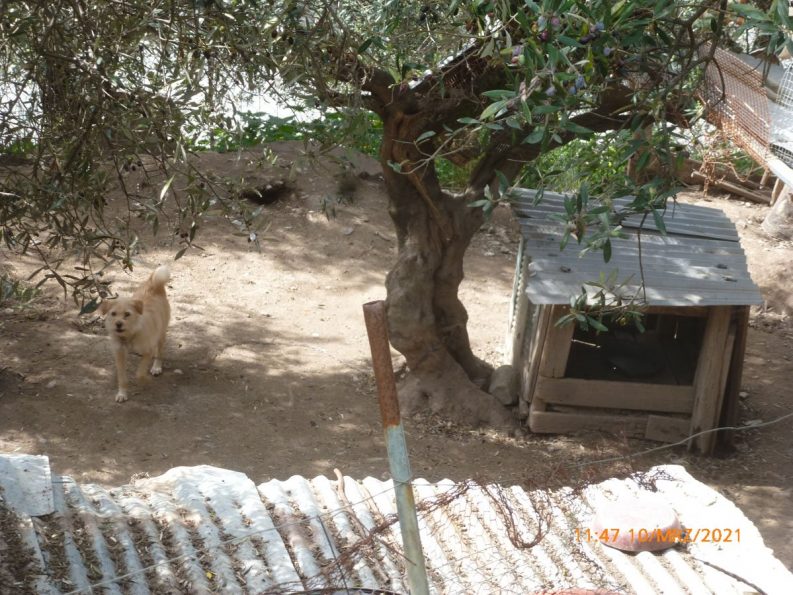 A chained up chicken dog that barks a large part of the day because of it and runs around the circle like mad on his chain. 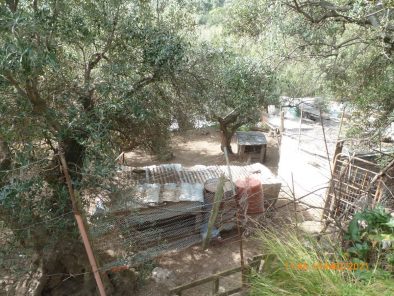 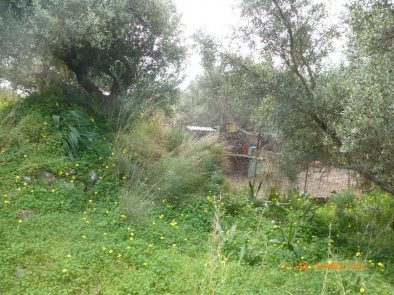 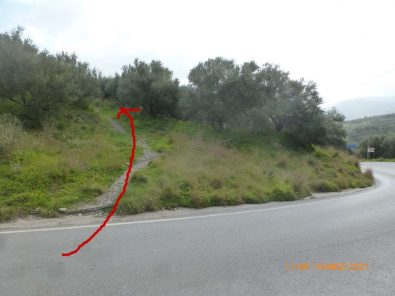 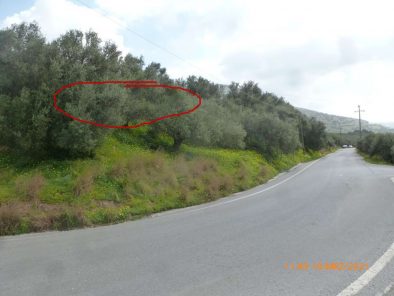 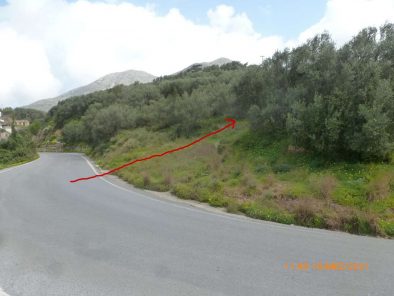 Thank you for the prompt response of the Police Department and its head, Mr. Spanoudakis, for initiating the investigation and criminal proceedings.

On March 19, 2021, the dog (see picture on the right) was still in its position. This is not unusual, however, as the procedure usually takes two to three weeks unless the situation is life-threatening for the dog.

£49.86
Breathable yet durable material with unique membrane Moisture Vapour Permeability (MVP) rating of 4000mvp Waterproof rating of 5000mm
(as of November 6, 2021 20:24 GMT +03:00 - More infoProduct prices and availability are accurate as of the date/time indicated and are subject to change. Any price and availability information displayed on [relevant Amazon Site(s), as applicable] at the time of purchase will apply to the purchase of this product.)

£13.77
◕‿◕Keep Your Pool Clean: Our pool cover can protect your pool from leaves , debris and trash. It is effective to keep your pool clean when not in use. ◕‿◕Multiple Sizes: There are 3 sizes for you to choose from , the small size measures about 82cm/32... read more
(as of November 6, 2021 20:24 GMT +03:00 - More infoProduct prices and availability are accurate as of the date/time indicated and are subject to change. Any price and availability information displayed on [relevant Amazon Site(s), as applicable] at the time of purchase will apply to the purchase of this product.)

(6717)
£13.26 £9.99
BEGINNER DOG PUZZLE: The Dog Smart by Nina Ottosson is a level 1 interactive dog puzzle toy that will prepare your pup for more challenging games with simple one-step actions. Suitable for any breed and size ENGAGING & MENTALLY STIMULATING: This inte... read more
(as of November 6, 2021 20:37 GMT +03:00 - More infoProduct prices and availability are accurate as of the date/time indicated and are subject to change. Any price and availability information displayed on [relevant Amazon Site(s), as applicable] at the time of purchase will apply to the purchase of this product.)


As of March 28, 2021, the situation for the chicken dog still appears unchanged (see photo at left).


This is the chicken dog on April 5, 2021 – still unchanged situation.

Situation of the chicken dog on April 13, 2021 again still unchanged. 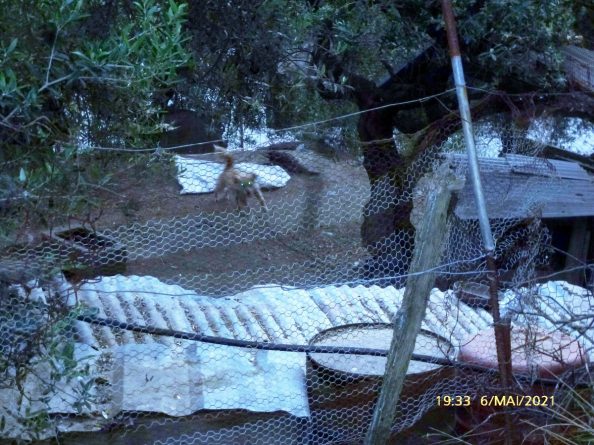 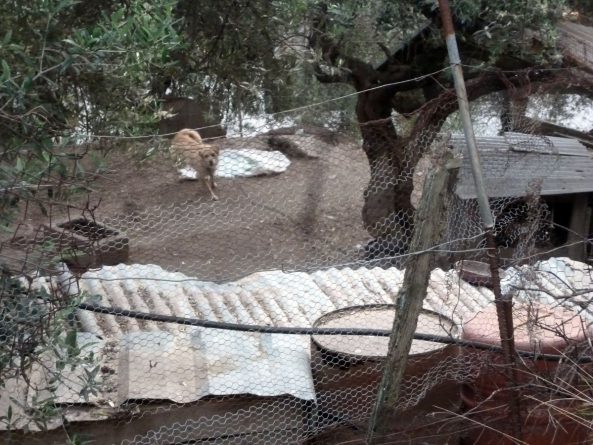 Due to the Orthodox Easter with simultaneous heat wave, checking of the chicken dog was not possible until May 6, 2021. The dog is still unchanged in its place, chained among the chickens.
The left photo is with flash and date/time marking, but unfortunately out of focus, while the right photo was taken at the same time without flash and unfortunately without marking stamp.

Despite inquiry and reminder with the police on May 7 the chicken dog is still chained in the chicken enclosure on May 20, 2021. The owner seems to ignore the warnings by the police or brings up other excuses, so that until a hearing in court, new charges have to be initiated again and again. Perseverance and patience are therefore required in these cases.

And here’s the chicken dog on May 26, 2021 – just for the record and as a refresher, because of course nothing has changed.


Persistence seems to possibly pay off, because there is progress on June 1, 2021: The chicken dog is not chained today and runs around freely in the entire enclosure, but instead numerous chickens and even ducks sit on the trees. Let’s see how this continues ….


On June 10, 2021, unfortunately, the chicken dog was again chained in the enclosure. 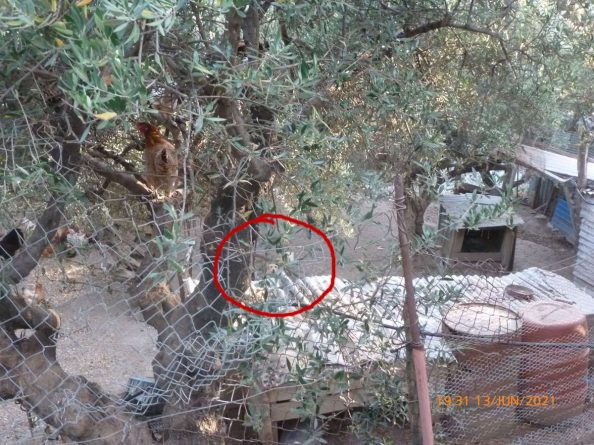 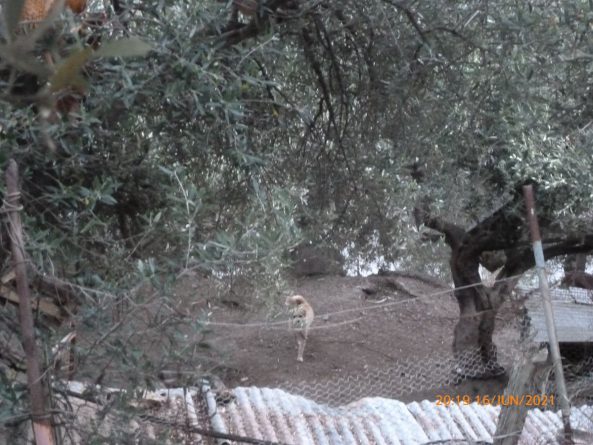 For the long-term record, it is hereby noted that on both June 13 and 16, the chicken dog was in the enclosure chained up while some chickens were sitting in the trees. 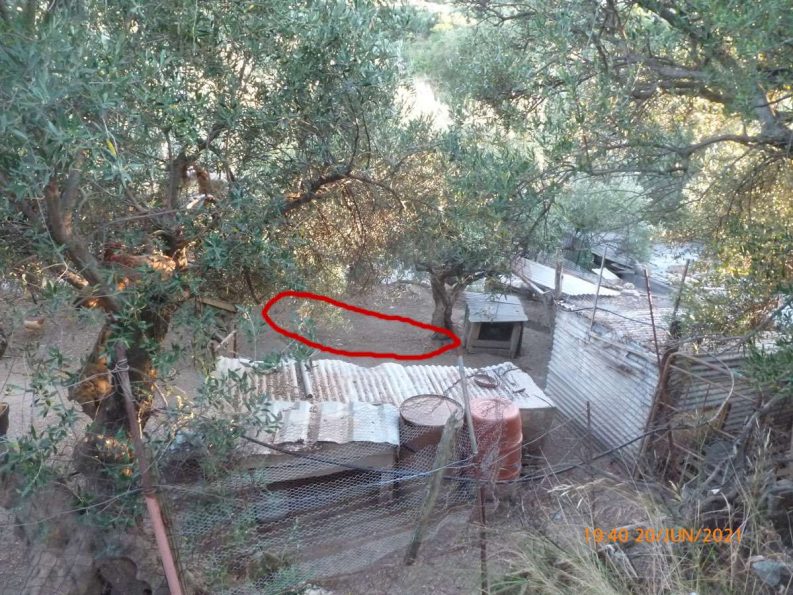 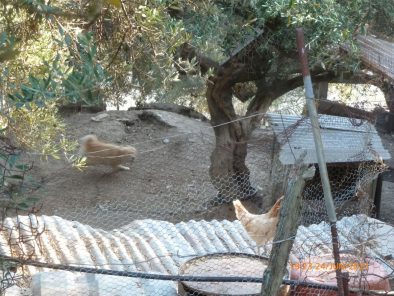 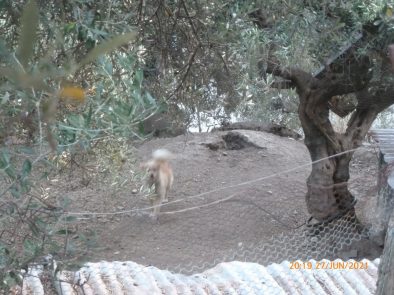 After ignoring the orders for a couple of months police lost their nerves and within 30 min after the last update arrested the owner half-naked, and with handcuffs on the back, by 6 police officers, and he is currently jailed to cool down and think about….

Further developments will be monitored and updates added to this report.