The language of the dogs.

The language of dogs is often subject to some popular misconceptions and consists of behaviors that every dog owner should know. Subsequently, one or the other astonished reader will see his dog with completely different eyes afterwards.

Language of the dogs

Misunderstandings between dogs and their owners can create disharmony in the relationship and have a significant impact on the owner’s perception of the dog.
If an owner mistakes or overhears an important signal – such as fear of being petted – the dog may be forced to increase its intensity, leading to further misunderstandings.

This is especially harmful when trying to build a relationship with a dog that is already suffering from the effects of stress and anxiety. The ability to understand the dog’s signals will help the owner gain its trust and deepen the relationship.

A common cause of misunderstanding and subsequent failure in the placement of a rescue dog is the lack of knowledge that dogs can suffer from stress.
While kennel confinement can cause stress in dogs, it is possible that it is exacerbated by other circumstances, such as grief over the loss of a previous owner or past stress due to animal abuse, whether intentional or unintentional.

Far too often, this stress continues after adoption because many people do not understand dog behavior and body language. In addition, stress for dogs is not unique to the shelter, but can also be triggered by changes of any kind, dog handling, and many other external stimuli.

When we humans suffer from panic attacks, we often experience the following symptoms: rapid heartbeat, trembling and restlessness, hot flashes, an urgent need to go to the bathroom, no appetite, racing feelings and other extreme emotions. We can also have many other experiences, such as disturbing ‘feelings’ and horrible thoughts.
For example, just imagine a person who is afraid of flying! As soon as the plane rolls up and takes off into the air, this person suffers a panic attack, with many of these previously described feelings becoming reality. Fortunately, most people are able to rationally classify the situation.

However, this does not apply to fearful dogs, which cannot grasp rational thoughts. Dogs experience real fear when they are exposed to a frightening stimulus that they cannot rationally categorize, and thus the threat remains the same.
For example, my male dog Simba performs a ‘dance’ of jumping forward and backward while barking when he encounters an unfamiliar dog on a leash with its humans – but has little problem with free running dogs or humans without a dog on the leash!
Other dogs bare their teeth and cower trembling in their sleeping place when someone in the shelter looks into their kennel. Still others turn in circles and jump up at their masters, shivering and panting with open mouths, when a stranger comes too close.

All of these dogs are frightened and react in recognizable ways to stress. Some people believe that their dog is just ‘stupid’ when they observe such behaviors. Here, however, people make it too easy and forgo the challenging alternative of identifying and considering and verifying the circumstances that precede this troubling behavior.
It must be recognized that there is a valid reason for every behavior. Therefore, if the behavior is worrisome, it is necessary to question why it is occurring in order to avoid serious misunderstandings.

Stress is a psychological and physiological response to a real or perceived threat to safety. When a stress response is triggered, the body prepares to run or fight, although it may equally be paralyzed with fear.
A frightened dog cannot express its fear in words, but learning to understand it gives back control of the situation and thus the opportunity to make a difference.

The following behaviors are typical signs of stress in dogs:

Panting, especially not necessarily after physical exertion. The tongue is often held tautly out of the mouth and is wider in front.
Pacing, whining, barking, crying, the inability to concentrate.
Burrs and furrows in the face may occur, treats are not accepted, and restless behavior is exhibited.
Pulling away mewing, nipping or biting the leash.

When a dog comes out of the water or has been freshly washed, he shakes himself dry. However, this behavior also occurs without him having gotten wet in the least!

This happens, for example, when the dog runs full of joy to conspecifics and recognizes at the last moment that they are busy with something edible. In order not to provoke a conflict, he turns around, runs back a little bit and then stops abruptly to shake himself.
This is a ‘shaking off of the original intention’ and brings the dog back to a neutral state, having finished the just aborted intention and can now turn to other things.

Many dogs exhibit whole-body shaking after releasing the stress hormone adrenaline to regulate their bodies. This occurs regularly after a conflict with another dog or when a nervous dog goes to an uncomfortable place, such as the vet.

Full body shaking can be the result of less specific causes. Reward any body shaking with a simple ‘good dog’. It is important to encourage the dog to do this, as a body shake helps the dog get back to ‘normal.’

‘Stretching forward’, with the legs pushed forward rather than spread outward and the rear end slightly raised, also indicates the transition to the neutral position. This indicates to the other dogs in the group or pack that everything is okay, and it can go on.

The sneeze with which dogs relieve their stress is comparable in sound to the human sneeze. This spontaneous sneeze is triggered by a stimulus in the nasal mucosa, whereby the body posture is neutral and not directed at a target, the head is lowered slightly and shaken slightly.

In contrast, however, there is the ‘warning sneeze’ that occurs in both dogs and wolves to draw attention to a potential threat. This sneeze is a muffled and short nasal sound, along with a tense posture and staring in the direction of the possible threat.

Communication with the dog

When we visit a foreign country, we try to familiarize ourselves with the spoken language and cultural customs. Most of us laugh at stories of the archetypal tourist shouting loudly in his native tongue to make himself understood.
So it’s a little strange that so many of us shout commands at our dog when he doesn’t seem to be responding. This behavior is all the more ridiculous considering the dog’s superior hearing.

A more reasonable approach would be to first ask yourself the following questions: Does my dog really understand what is being asked of him ?
If so, am I communicating it to him in a way that he has been trained to recognize?
If this is also true, then the dog can only be distracted, and then it is necessary to determine what is causing this.

He may be distracted by something interesting that he wants to chase or play with. He may also be in a state of heightened anxiety, so the message is not getting through. Further calling then only leads to further stress, apprehension and potential anger in the dog, while his master suspects that the dog is being disobedient, rude or dominant.

However, it is better to help the dog overcome his stress, which pays off for everyone in the long run and is a sign that both really understand each other.

Culture of dogs and humans

One should not fall into the trap of interpreting a dog’s behavior according to human behaviors, that is, through ‘anthropomorphization’ or anthropomorphism.
Although dogs undoubtedly feel happiness, depression, anxiety, and other less easily defined emotions, the situations that evoke them are quite different. For example, we feel uncomfortable standing in a cow patty, while dogs enjoy rolling in it.
When we see a mouse, some more sensitive contemporaries may run in the opposite direction. On the other hand, when a dog sees a mouse, it sees it as prey and is genetically programmed to chase it. This interest can be seen well in the following two pictures. 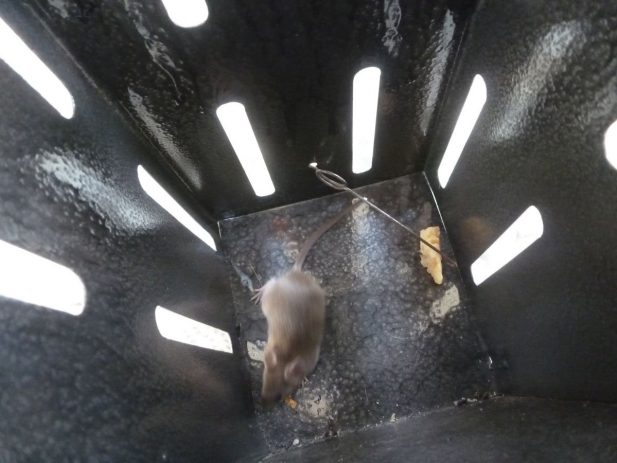 While most information about our environment is passed on through a myriad of symbols such as language, street signs, newspapers and television, dogs get their information through their senses: sight, hearing and smell. Their hearing and sense of smell are far superior to ours, although they are color blind to red and green.

Dogs evolved as hunters with a completely different perception of the world than we do. Their sense of smell is so acute that while all we see is a bench, the smell of the bench is added to the dog’s visual image. In other words, they literally ‘smell the world’ while we only look at it.

The ‘culture’ the dog comes from is a group that needs to protect itself and its territory from outsiders. The individual members of the group must ensure that they get a share of the food, which explains why an insecure dog constantly guards its personal boundaries and possessions.

Another important feature of group behavior is coordination, because the behavior of the group is completely synchronized, so that everyone eats, rests and hunts at the same time. This occurs through constant, mutual observation. As a result, each pack member is at their highest energy level when they hunt, and this allows them to work together as a team.

1) A dog can seem a little lost in the absence of other members of his own kind, so man must guide him in his ‘substitute pack‘.

2) He is programmed to use his skills for the benefit of the group. Dogs may not be as adept at hunting as wolves, their relatives in the wild, but traits such as tracking, stalking, herding and many others have been purposefully bred into the modern dog as well, so we can benefit from them as well.
As more and more owners stop using their former working dog for such purposes, we can help our pet dog use these skills in games. Such games will stimulate and engage him, as well as help him bond with us.

3) Finally, dogs, just like humans, are social animals. Therefore, a dog that is left alone all day without our attention or any focus will most likely suffer from psychological deprivation. 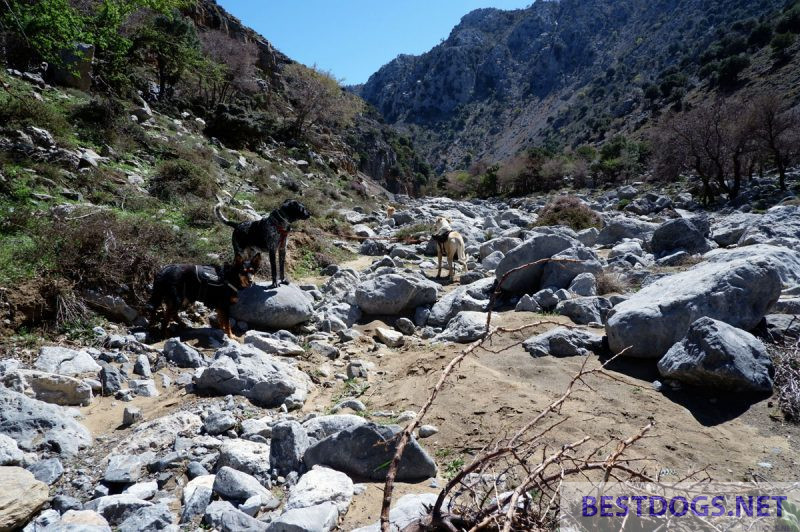